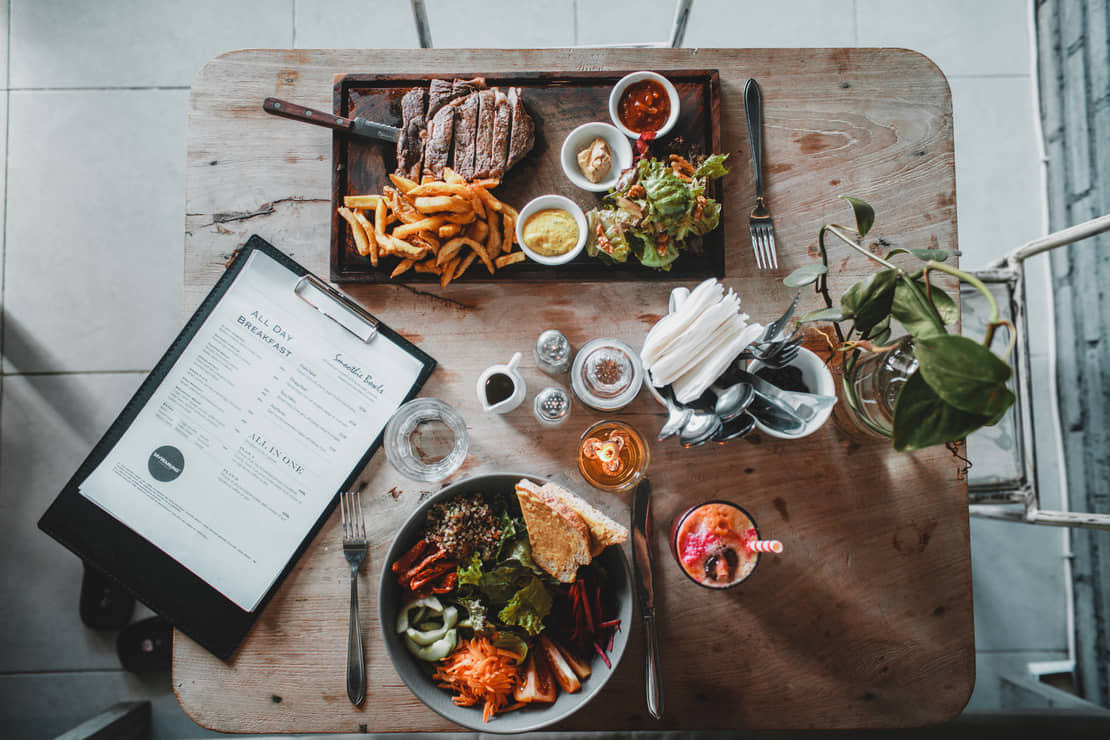 Every country takes pride in its own unique gastronomic evolution and traditions, but we have to say (even though we might be a little biased!) that France has an extra little “je ne sais quoi” for its culinary arts, its influence of which can be felt worldwide. In fact, it was here that the very first “restaurant” appeared back in 1765, a concept that was initially born from a passion for feeding customers wholesome, restorative food.

France has often been associated with complex techniques, but actually, the French tradition relies heavily on one very straightforward factor: simple, fresh ingredients.

Let’s explore some of the most famous dishes of France that we think are worth putting on your culinary bucket list, and many of which you can delight in yourself here within our Chateau at the Wyndham Halcyon Golf and Spa Retreat!

This hearty beef stew from Burgundy, a comforting hug in a bowl, was voted France’s most beloved national dish.

Originating back in the Middle Ages, when it was considered peasant food, the boeuf bourguignon that we know and love today was popularised at the beginning of the 20th century by Escoffier, who revisited it, creating a new printed recipe for the world to enjoy.

There are numerous recipe variations, as with many traditional dishes, but the gist is to braise and then slowly cook beef in red wine and other simple ingredients such as garlic, onion, potatoes, and mushrooms. When we say slowly, we do mean slowly; the optimal cooking time for a fabulous boeuf bourguignon is two days! And even then, most French people will tell you that it tastes even better still, another day after that!

The Limousin region is famed for its high-quality grass-fed beef and its capital, Limoges, was once home to a grand Butchery empire back in the fifteenth century. If you take a trip there, you can visit the fascinating Maison de la Boucherie, a museum dedicated to this unique section of the city’s history and what better place to experience the informal simplicity of mouth-watering steak and chips? We recommend pairing it with an ice-cold glass of local beer.

Only ever made using the highest-quality and fresh meat, steak tartare is a dish consisting of finely chopped completely raw beef mixed with a combination of seasonings, such as Dijon mustard, egg yolk, onion, capers, parsley, Worcestershire sauce, tabasco, salt and sometimes served with an egg yolk on top. You’ll often find toasted bread as a crispy accompaniment to scoop up the tender meat and delicious seasonings.

Another hearty stew originating in Burgundy, but the main ingredient is Rooster. Nowadays, you are more likely to find the recipe recreated with chicken, but that makes no difference to its rich flavour. The meat is slowly simmered (much like the Bourguignon) with wine, onion, carrots, garlic, mushrooms and celery, and an assortment of seasonings. Some chefs like to add bacon for an even more enhanced flavour.

This dish seems to have first popped up during the 16th century and is of German origin. A flaky pastry filled with cream and silky egg custard, seasoned with bacon lardons and nutmeg, it wasn’t until later, when the French took back control of the Lorraine region, that they tweaked the recipe to include cheese and swapped its name for the one we know today.

Hailing from the southern coast of France, namely Marseille, Bouillabaisse was once a typical fisherman’s meal that was often put together with leftover fish from a catch. Over time, the dish has evolved and has become a favourite of gourmet Provencal cuisine.

Fresh monkfish, red snapper and John Dory are on the list of ingredients, as well as onion, garlic potatoes and tomatoes. Served with a generous helping of freshly baked crusty bread to mop it all up, Bouillabaisse is an excellent choice for either a starter or main course.

The word Cassoulet denotes the ceramic pot in which the ingredients are cooked, and there is no setlist of elements for this recipe. The common factor within a typical cassoulet is the inclusion of beans and a type of meat; whether that be pork shoulder, duck, sausage, or goose, often depends on the region. Added to these are a range of seasonal vegetables and a bouquet garni of herbs, and this warming dish is cooked on low for several hours to release all its luscious flavours.

Don’t confuse Croque monsieur for a dull old slice of cheese on toast!

White bread, smothered in butter, or sometimes more decadently bechamel sauce, and layered with ham and cheese before being grilled until the cheese turns golden and begins to bubble is a scrumptious savoury snack, we think, ideal for brunch.

Ratatouille is thought to have been created in the South of France by farmers who wanted to use up their summer vegetable harvest, not leaving any to waste.

As much as the dish is French, its ingredients are from places much further away.

Usually made with an abundance of fresh aubergine, courgette, tomato and plenty of onion and garlic, Ratatouille is a deliciously rich, layered vegetable stew that can be served as either a side or a stand-alone dish perfect for a summers evening paired with a fantastic glass of red.

This classic French dish, an alternative take on stew due to its creamy base, became hugely popular in the 18th century when the new wave of bourgeoise wanted to be seen eating a trendy new dish that was distinguishable from the old-fashioned, regular “peasant’s stews”.

Veal, mushrooms, and onions are slow-cooked in a broth that is later thickened with egg yolks and cream; the result is a velvety and decadent stew, which serves perfectly with rice to soak up its rich sauce.

Famous escargot is a delicacy that has been a staple for thousands of years in France. Nowadays, snails are not usually considered an everyday meal but are more often enjoyed as part of celebrations. The traditional recipe calls for the snails to be deshelled and boiled in a broth before being placed back into their shells, seasoned with plenty of garlic, butter and fresh parsley and then baked in the oven.

Considered now to be one of the top gourmet dishes of France, the duck confit has humble origins. Once used as a form of preservation, before the invention of the fridge, the technique was to simmer the duck slowly until its fats have drizzled out and then store the meat along with its well-seasoned fat in a jar for up to several months, allowing the meat to absorb all the delicious flavours. Later, the duck is seared until its skin is golden and crisp whilst retaining the tenderness of the meat inside, soft enough to melt in the mouth.

Coquilles Saint Jacques is the name given to the simple scallop here in France, and you will find that they are cooked and served differently at each venue you visit. We find them particularly delectable, served in their shell, drizzled with a creamy white wine sauce, and seasoned with a generous sprinkle of cheese and breadcrumbs before being grilled until deliciously golden.

We have only scratched the surface with this list (and we haven’t even started on the sweet treats!), but hopefully, this will be a starting point, inspiring you to dive right into the exquisite flavours and rich tradition of colourful French cuisine!

Save
← Dogs Welcome 9 Reasons to take up Golf → 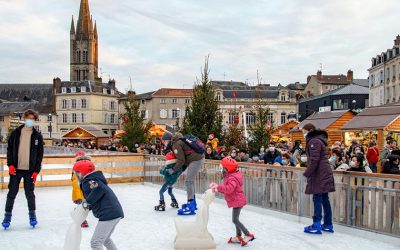 After enjoying cosying up with a sumptuous Chocolat Chaud and admiring the beautiful winter scenery that engulfs the Chateau and grounds, it’s time to feel into the festivities and what better way than to wrap up warm and explore some of the many fantastic Holiday... 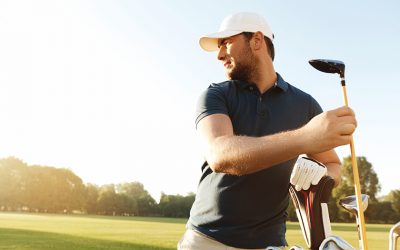 9 Reasons to take up Golf

According to Golf Monthly, the number of golf course players has doubled over the past five years! It's a trend we can see happening across the globe, and its popularity doesn't seem to be waning any time soon. So what exactly is drawing people in? Let's look at some... 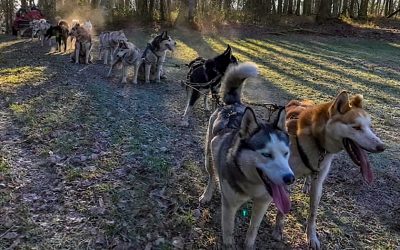 Your chance to drive your own dog team through the stunning scenery of central France Winter is fast approaching, so we thought it an excellent opportunity to tell you all about one of the unique activities in the Limousin that comes into its own, especially at this... 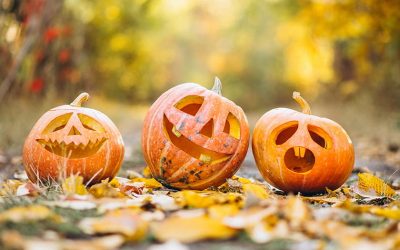 Image by senivpetro on Freepik Autumn is a special time of year for us at the Wyndham Halcyon Retreat. As the nights draw in and the trees of our arboretum magically transform from lush greens to magnificent shades of orange, red and gold, it's a fantastic season to... 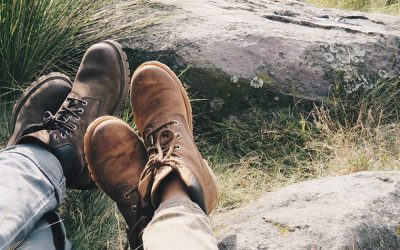 Hiking Trails to Discover in Noth and La Souterraine

Photo by Ceci Bravo on Unsplash Hiking has become one of the world's most popular outdoor activities and makes for a great day out as part of your holiday at the Wyndham Halcyon Retreat Golf and Spa resort. Although enjoyable any time of year, we have a particular...