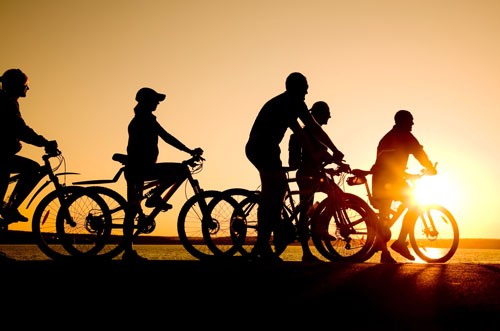 With the Tour De France having just finished, cycling is certainly hitting the headlines at the moment. That’s no different across the Atlantic in the US, where the nation’s longest ‘greenway’ is soon to be opened.

Developed since the early 1990’s, the East Coast Greenway will stretch from Calais in Maine, through to Key West, Florida – past cities such as Wilmington, Jacksonville and Orlando – a total of 2,900 miles.

The greenway, created by the East Coast Greenway Alliance, will provide non-motorized users a unique way to travel up and down the East Coast through 25 cities and 16 states. Walkers, cyclists, runners and other active-transportation users will be able to travel on a continuous, firm and paved greenway with a specifically designed traffic-free route.

The greenway will provide points of interest along it course, in addition to convenient access to public transport.

So far around a third of the greenway has been built, with development more rapid now than ever. The East Coast Greenway Alliance plans to add complementary and branching routes to the project in the future.

Dennis Markatos-Soriano, alliance executive director, told CityLab. “It’s about seeing America at the right speed, where you can take in all of the culture around you… and you don’t have a windshield between yourself and the community.”

Save
← Hollande: British people can work and live freely after Brexit vote International buyers to France increase by nearly 1/3rd →