Home › Property News › Overseas Property and Brexit: The Big What If?

Overseas Property and Brexit: The Big What If? 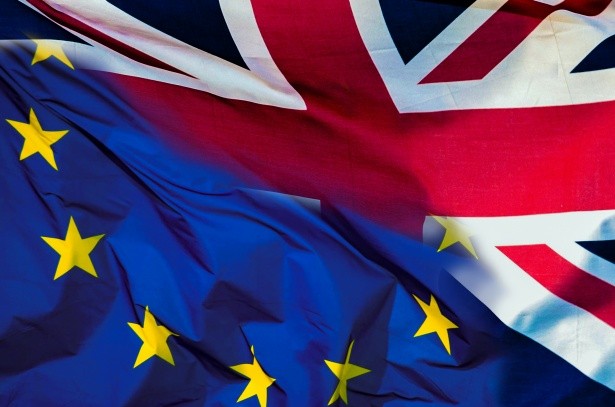 Halcyon are frequently asked ‘The Big What If?’. For this reason, we have commissioned an article compiling the hard data provided by government bodies, banks and think-tanks to help you best understand what is likely to happen.

The problem with Brexit is that depending on what country you’re in, you’re fed an entirely different story of what is going on and what will happen. If you’re in Germany, it’s the doomed automotive sector, if you’re in France it’s the plague of the gilet-jaunes, for the Portuguese it’s an impending debt crisis an if you’re in the UK, you’ll be told everything is bad.

If I told you the French housing market was booming at a 21st century high, UK unemployment is at a 44-year record low and that the devaluation of the euro has made the entire bloc more internationally competitive, you would assume I was lying, fact.

The problem is the press. In economics you base all assumptions off rational decision making. Rational individuals would turn to reputable, academic and verified sources. Tabloids like The Sun have a purpose but their pursuit of contentious headlines does not benefit consumers seeking their own economic prosperity. Halcyon Development will be providing bi-weekly updates on the Brexit/Euro economy from the sources listed below:

Under The Microscope: France

The world’s fifth biggest economy. Relatively unshaken by the 2008 recession due to its stable, self-sufficient service economy, the impacts of Brexit are forecast to be minimal. With a breath of fresh air from Macron, the French economy has been on the rise. Taking the most stable asset as an example:

Since entering the 21st century, the trend has been modest. Stumped by the 2008 global recession, then faced with a minor blip in the 2012 double-dip, the trajectory has since been stable and upward. The low housing prices explain the heightened levels of housing transactions. With housing transactions at an all-time high, this signals that both supply and demand in the economy are strong, with the relatively low and stable prices making property investments lucrative. The housing market is bolstered by fixed long-term mortgage rates as low as 2.15% (for non-citizens too). The French economy benefits from the same profitable rental returns the UK economy has, seeing 3-5% as the generic rate.

The housing market is benefiting from such sustained success because of the cooling effect of politics. Whereas pre-recession supply and demand bubbled uncontrollably, the political arena in the EU has acted as a handbrake on the economy. Minor fluctuations coupled with prolonged uncertainty have kept prices from rising too quickly. Government reforms and expansionary fiscal policies have seen consumer purchasing power rise. With inflation forecast to dip in 2019, private consumption is set to increase steadily.

The passing of the gilet-jaunes, the introduction of the MUES and low inflation all point towards a prosperous 2019 with increased purchasing power:

Increased purchasing power in accordance with forecasts to reduce interest rates will see consumer demand rise in 2019. The consequence of which will be an increase in inflation and a decrease in unemployment, moving the economy one step closer to its pre-recession strength. France, just like it did in the recession, shows its strength as a self-sufficient powerhouse. What affects the EU, affects France on a far smaller scale. It is this stability which draws foreign direct investment.

The big talking point is the Euro. The graph on the right illustrates the pound has peaked at a two year high against the euro (£1: €1.1610). The strengthening of the pound reflects the growing consensus that the UK is headed towards a soft Brexit. This appreciation means British consumers will be in a stronger position to inject funds into France. The Euro has struggled most against the dollar, with 2019 seeing a -7.37% devaluation (€1: $1.13). With core-inflation levels relatively constant in both the US and the Euro Zone, it is expected that a flat rate of circa 1:1.15 will be seen throughout 2019.

Regarding the pound and Brexit, it is widely accepted the only outcome which will distort currency trading is a harsh no-deal. As of 21/03, Theresa May’s request to delay proceeding until June 30th has been rejected, however 3 million citizens (and counting) have signed a petition for Article 50 to be revoked.

Why invest in property?

How is the overseas property market affected by Brexit?

In economics there is something called a ‘speculative boom’. This is when assets are traded under the false notion that the economy is booming and money is in abundance. When this bursts, as seen with the 2008 real estate bubble, prices plummet to their normal values. The EU is currently experiencing the opposite of a speculative boom, courtesy of gross misinformation. Assets are being traded at an all-time high, but prices aren’t reflecting that because consumers are plagued with political anxiety. It is only a matter of time before the political realm calms, at which point, consumers who have been capitalizing on low prices and low mortgage prices will benefit from those who have been safely waiting for the storm to pass before investing. Hence, when the storm passes, consumers will have renewed confidence and accumulated savings to invest. This will see a sudden demand-side shock for investments, consequently knocking up inflation. This inflation will be the pure profit that current investors will reap. The ‘Brexit Bounce’ will see prices soar once a settlement is met and those who made their moves early will benefit before contractionary monetary policies return.