Limoges to Paris in 25 minutes? 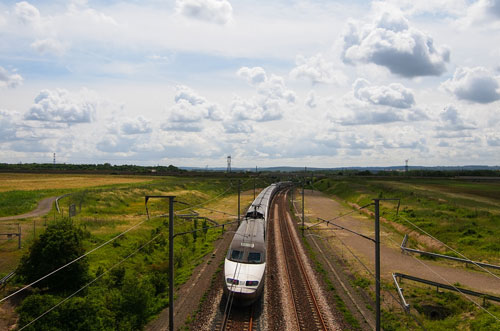 According to ex-pat French magazine The Bugle, the Limousin region of France would be in line to receive a new form of transportation technology that until recently has been purely in the realms of Science Fiction.

So what is this fantastical idea? We’ll it’s no fantasy – it’s called ‘hyperloop’ technology, where passengers would essentially travel extremely fast in a pod inside a vacuum tube. It’s so fast that it would get you from Limoges to Paris in around 25 minutes. In theory, speeds can reach up to 1,200 kph.

The idea behind the ‘open-source’ technology was that of Elon Musk, of Tesla, PayPal and much more recently SpaceX fame. One of the companies using this technology is TransPod from Canada, who are planning a 3km long test track in the Limousin.

The Bugle reported that the Sébastien Gendron, the company’s CEO, recently visited Limoges and met with local officials, with the idea of opening the test track as early 2019. The ultimate goal is that TransPod build a Hyperloop between Toulouse and Paris, currently poorly served by the TGV train network…with the hope of travelling through Limoges.

Own a holiday home in this all year round family r

By continuing to use the site, you agree to the use of cookies. more information